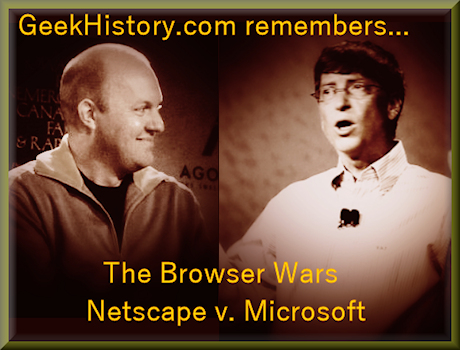 The internet is an intelligent highway system. It sets up the rules and methods that traffic uses on the highway system. These rules are called protocols, such as TCP/IP (transmission control protocol/ internet protocol), the main set of rules for the highway.

Once you agree on the highway system, the next step is to standardize on the different things that can travel on the highway. The WWW (World Wide Web) is a vehicle used to travel the highway. HTML (hypertext markup language) is used to build Web Pages (HTML pages) the core of the vehicle. The main purpose of the internet is to have a standard highway system.

A very quick lesson on network technology, you have a relationship with large centrally located computers called servers, and the local desktop computers which are the clients. The server, which as the name applies, is a device which serves something up that is requested. The client is the computer that makes the request for something from the server. You will sometimes hear the phrase client application to describe a piece of software that is installed on your local computer. The client application in the case of the World Wide Web is the web browser.

Tim Berners Lee is credited with developing the technology of web servers, hypertext transfer protocol (HTTP), and developing the document format that is used to build the web pages, hypertext markup language (HTML). When Tim Berners-Lee developed HTML he made the first website, and the first web browser, on a NeXT Cube running the now obsolete NeXTSTEP Operating System.

What often gets lost in the discussion of the internet is the final piece of the puzzle, a web browser named Mosaic that would take the concept of HTML to another level of usage and acceptance. Marc Andreessen and co-worker Eric Bina created the Mosaic Web browser at the National Center for Supercomputing Applications (NCSA) at the University of Illinois in late 1992. The simple installation of the browser application on the up and coming Microsoft operating systems and the ability to display images inline with text made the Mosaic web browser the popular choice for internet users. Mosaic was the web browser that led to the Internet boom of the 1990s.

Marc Andreessen, the leader of the team that developed Mosaic, left NCSA with four other former students and staff of the University of Illinois in starting Mosaic Communications Corporation. They released a web browser called Mosaic Netscape 0.9 on October 13, 1994. The web browser based on the Mosaic web browser would later be named Netscape Navigator.

The life and death of Netscape Navigator

A lot was happening in the world of personal computing in 1995, online companies are merging into the internet, and Microsoft releases a new operating system called Windows 95 with a graphical user interface. The world is ready to take on the graphical world wide web, and Netscape Navigator becomes the popular browser to "surf the web."

The graphical user interface of Windows 95 coming along at the same time the world was discovering the internet was the perfect storm for Microsoft. The war was fought over Microsoft bundling the web browser as a part of the desktop computer operating system, a claim that would be challenged in the courts. The court room fights lingered on, with very little negative effects on Microsoft.

In 1997, Microsoft declares war on Netscape with the release of Internet Explorer 4. The war was officially on when a a group of Microsoft employees placed a large metal likeness of the Internet Explorer logo on the front lawn at Netscape Communications in Mountain View, California. In the five years that followed Netscape's browser market share went from more than 70% to less than 5%.

In the end, Microsoft won the browser war over Netscape, going from the up and coming software company, to the 800 pound gorilla of technology. The life and death of Netscape Navigator is a brief history that spanned only about ten years. In the ten year period from 1993 to 2003, Netscape Navigator went from the web browser of the internet, to an after thought left in the dust.

In 1998, Netscape created the Mozilla Organization to co-ordinate the development of the Mozilla Application Suite. AOL closed down its Netscape division and laid-off or reassigned all of Netscape's employees In 2003. AOL assisted the independent Mozilla Foundation by transferring hardware and intellectual property to the organization.

Mozilla lives on producing many products such as the Firefox web browser, The Mozilla Foundation is a non-profit organization that exists to support and collectively lead the open source Mozilla project.

Through an arrangement best understood by lawyers and accountants, the Mozilla Corporation was created as a wholly owned subsidiary of the Mozilla Foundation to distribute and promote Mozilla products, and reinvest all of its profits back into the Mozilla projects.

Back in the early days of Mozilla their logo looked like some type of reptilian creature, and the popular legend is that the name Mozilla was created from the phrase "Mosaic meets Godzilla." According to the Mozilla foundation website, "The classic Mozilla dino head logo served as a symbol of the organization since our earliest days, but is now reserved for select uses and executions only."

Even though they have retired our favorite software lizard creature, the work of Mozilla continues with the development of the Firefox web browser.