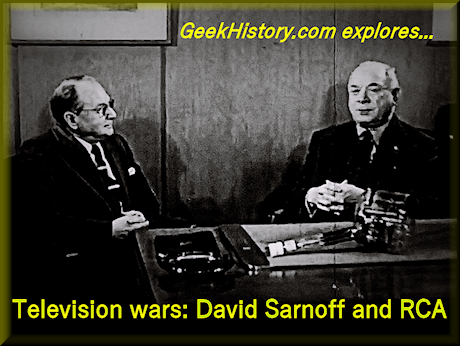 The invention of television was the work of many inventors over several decades, as we discussed in our previous article. Turning the vision of the television as an invention into a real commercial product that occupied American homes was the work of business visionary David Sarnoff with the help of Russian American scientist Vladimir Zworykin.

As a young engineering student, Vladimir Zworykin worked for Russian scientist and inventor Boris Rosing and assisted him in some of his laboratory work at the St. Petersburg Institute of Technology in Russia. Following the Russian Revolution, Zworykin moved to the United States in 1919. Zworykin found work with Westinghouse Electric Corporation in Pittsburgh. Based on their pioneering efforts in radio, he tried to convince them to do research in television. His work on television resulted in two patent applications. The first, entitled "Television Systems" was filed on December 29, 1923, and was followed by a second application in 1925 that was awarded in 1928.

Zworykin applied to the physics department at the University of Pittsburgh in 1924. Due to his previous credited work Zworykin received his Ph.D. only two years later upon completion of his dissertation on the improvement of photoelectric cells.

In 1917, General Electric purchased the American branch of the Marconi Company and combined its radio patents to form a new company called the Radio Corporation of America (RCA). Russian born David Sarnoff was promoted to General Manager of RCA in 1921 and was given full authority to run the company. In the 1920s David Sarnoff of RCA had the vision of developing television. 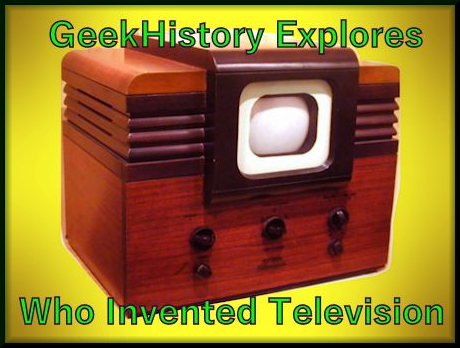 To answer the question, "Who invented Television?" given the choices of: Paul Gottlieb Nipkow, Vladimir Kosma Zworykin, Philo Taylor Farnsworth, or John Logie Baird, who would you choose?

The answer could be any or all of the named individuals. It is impossible to attribute the "invention" of television to a single individual or corporation, nor can one say that it was "invented" in a given year. We are not trying to trick you with the answer, but simply make the point that with most great inventions it is difficult to give credit to a single individual for being the sole inventor.

Paul Nipkow proposed and patented the first electromechanical television system in 1884. Paul Nipkow was the first person to discover television's scanning principle, in which the light intensities of small portions of an image are successively analyzed and transmitted .